Arcade’s principals have been private equity investors and entrepreneurs for almost three decades. We have worked with one another for many years, and have played leading roles as principals in over $1 billion of private equity asset purchases across more than 50 separate investments. Our expertise spans multiple disciplines, including deal origination, transaction structuring, and operational oversight. Along the way we have helped build significant equity value for our investors and management partners. 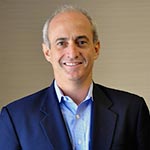 Doug has over 25 years of experience in the Private Equity industry. Prior to joining Arcade, Doug was a partner with ZS Fund LP, and prior to that was a partner at Holding Capital Group. During this tenure, he completed over 50 platform and add-on transactions totaling well over $1 billion. He has served on the board or advisory board of numerous companies, including American Reprographics, Sleepmaster Holdings (a Serta licensee), Sanda Kan Industrial Ltd. (Hong Kong), Life-Like Products, Metro Franchising LLC (a Dunkin Donuts and Subway franchisee), All Star Gas Company, Seawind Cruise Lines and Chicago Steel LLC. He began his career in investment banking at Smith Barney and then at Drexel Burnham Lambert. He received his B.A. from Dartmouth College and his MBA from the Wharton School. 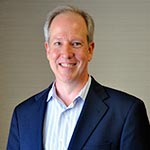 John has been in the private equity and investment banking industries since 1983. He is a founder and director of KapStone Paper & Packaging Corporation. He was previously a Managing Director of Washington & Congress Managers, LLC, a private equity fund manager with over $800 million of capital invested in over 50 portfolio companies. W&C is a successor to Triumph Capital Group. Prior to Triumph, he was employed by Drexel Burnham Lambert, where he raised over $2 billion of debt and equity capital, and advised on numerous mergers and acquisitions. John is a graduate of Bates College, and received an MBA from the Tuck School of Business at Dartmouth College. 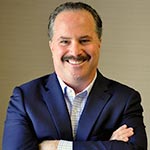 Jonathan has spent over 30 years in investment and merchant banking. He is also a founder and director of KapStone Paper & Packaging Corporation. He was previously a Managing Director of W&C, and had been a Managing Director of Triumph Capital. He was previously a founding partner of Meridian Capital Partners, a private equity firm. He had also been a principal of Cortec Group, Inc., a middle-market private equity firm. He began his career in 1980 at Jesup & Lamont Securities Co., Inc., a boutique investment bank, and ultimately became its President. At Jesup, Jon completed over 50 assignments, including domestic and cross-border M&A assignments, leveraged buyouts, financial restructurings and public and private equity and debt offerings. He graduated from George Washington University with a BBA in International Business.